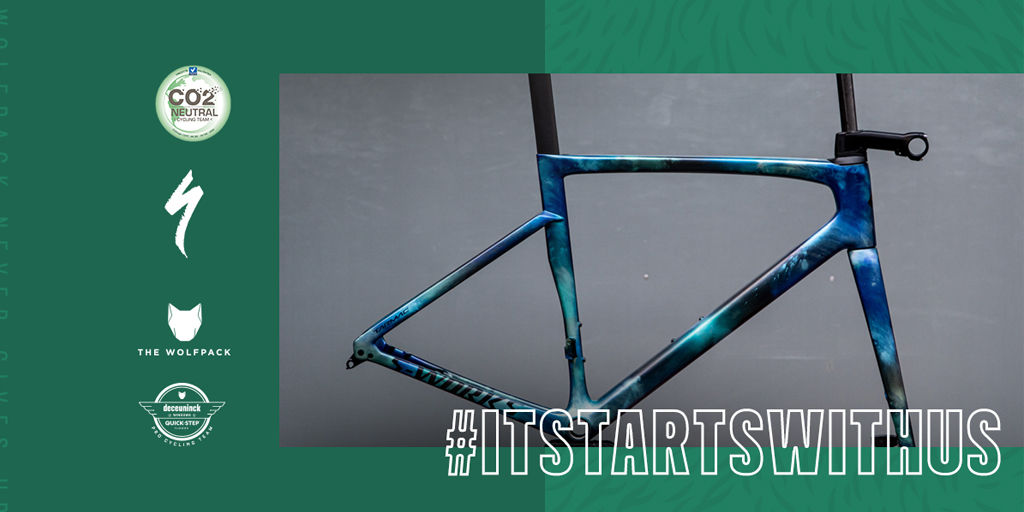 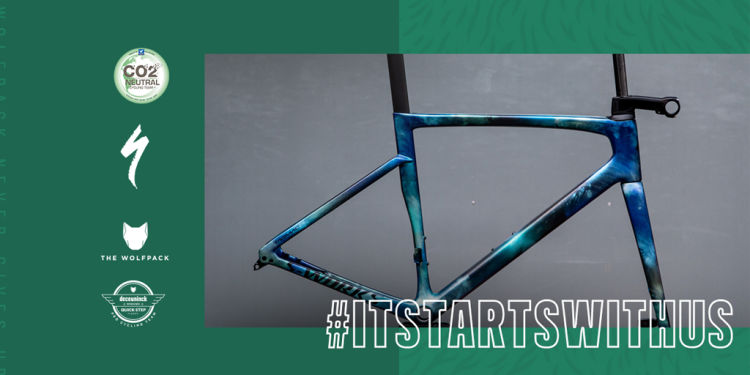 #ItStartsWithUs campaign goes to the next level with an auction supported by Specialized.

At the start of Le Tour in France-Brittany, Deceuninck – Quick-Step announced that it will support two new climate projects, including a reforestation project in the Bretagne region of France, where trees will be planted in collaboration with the CO2logic experts. Now the team will take this project to another level to give back to climate and the environment, getting the support of our sponsor Specialized.

For over a decade, Specialized has been an important partner of Deceuninck – Quick-Step and supported the team’s goals to become the most successful team in the world. Beyond the countless victories and achievements, Specialized also believes in the team’s sustainability project, #ItStartsWithUs, which is a perfect example of dedication towards a positive change for the environment beyond cycling. That’s why Specialized makes it possible for the Wolfpack to auction a special Tarmac SL7 frame, with the profits set to go directly to the support of the reforestation project in France-Brittany.

The team’s initiatives triggered Specialized’s graphic design team to create a unique concept serving as testimony of their efforts. Kayla Clarot, Principal Concept Designer for Specialized, dove into a design led by the team’s reforestation project last season on the Mont Ventoux. While we’ve seen generations of riders create excitement on its gruelling slopes, few really pay attention to the devastation Ventoux’s forest and mountains have undergone. This frame would acknowledge just that. “We wanted to create a design that speaks to the life we see on the Ventoux, but also acknowledges the role humans have played, both good and bad”, says Clarot.

The frame is left raw carbon, and instead of paint, the texture is drawn on by hand. The bright splashes of color disrupt the dark raw pigments on the frame to symbolize brightness that is found in new life. The final touch is the #ItStartsWithUs sustainability manifesto mirrored in chrome, forcing the person looking at the design to reflect on themselves and remember that they too play a role in the fight to save our planet.

This design concept is only done on one single bike making it a unique frame to have, an all-new Tarmac SL7 (56 cm) for one lucky person to get a chance to call theirs.

Check out the details on how this special frame can become yours and support the great #ItStartsWithUs initiative! 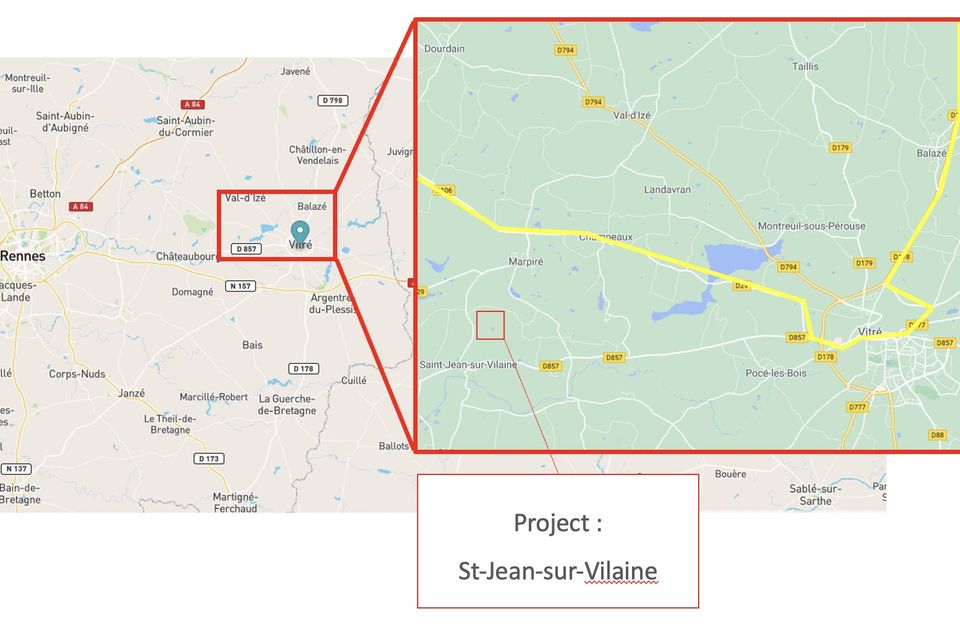